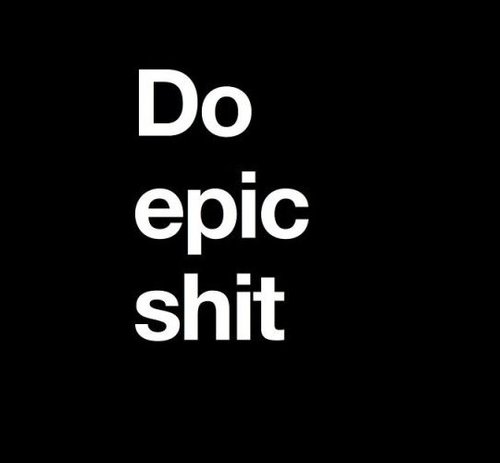 And so it sat on my desktop for a year, and so it was done. Staring at it every day in my office was enough to egg me to pursue all of my adventures last year. I'm not sure where or how this simple graphic was started but I'm glad I found it back then. The last time I did I: quit the rat race, quit my job, bought a plane ticket, lived on a beach, and found my girl. Each day I was happier and more excited than I ever thought possible.

I think it's time for me to stare at it every day again. This time with different goals though: starting a company, spend more time with loved ones, travel endlessly, surf more, and train BJJ to my heart's content.

Cheers to you, and the relentless pursuit of your dreams.

The Hypocrisy of Minimalist Travel 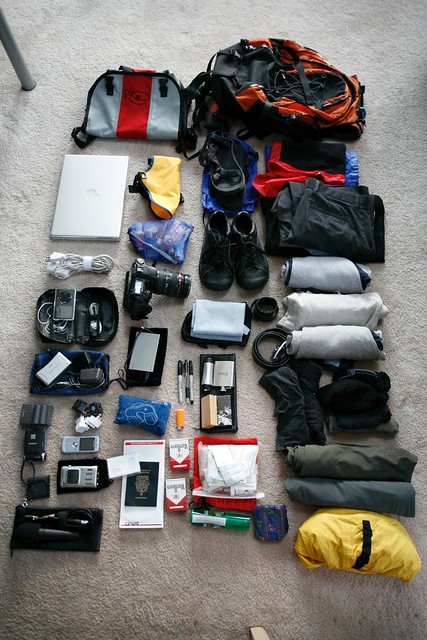 Note to self: Stop going out to buy new shit in the name of minimalist travel and weight savings. You don’t need to go out and buy a $300 backpack some blogger reviewed, just use the old bag you already have. It’s just a bag to carry your clothes and laptop.

You don’t need to buy a MacBook Air just because your two years old 13” Dell is 1-2 pounds heavier. If it suits your purpose just run it to the ground and buy a new one when the time comes. It’s gonna get banged up anyway.

You don’t need to buy ExOfficio undies, or SmartWool socks, or Icebreaker t-shirts. Your usual clothes will do just fine and are way more stylish than the ill-designed “travel clothes” you covet. They will take longer to hang dry but you’ll be fine.

No matter how fancy your new travel clothes are they will eventually break down from daily washing in the sink. When it’s time to throw away your clothes would you rather throw away your old shirt or your $80 Icebreakers? Only to be replaced by a $2 shirt you bought in an Asian market.

You definitely don’t need to buy new electronics to share (brag about) “the moment” with your friends on Facebook, because you’ll be too busy having fun meeting New Real Friends.

Trust me on this, I’ve been there.

In November 2010 I joined my first BJJ competition.  It was the 2010 Indonesian Submission Championships in Jakarta.  It was a good looking event with roughly 100 fighters; some of which originated from other countries (Greece, Singapore, Brazil, USA, Poland, France).  Competitors were separated by weight classes; there were no belt or age divisions.

It was an interesting experience for me as I don’t usually take part in sports competitions.  Something about it turns me into a nervous overcompensating-trash-talking idiot :)  Surprisingly I was able to calm my nerves and relax.  When I got nervous I ran around the venue or did some light rolling to get the energy out; which were great ways of staying warmed up.  Another thing that helped my nerves was that I didn’t put any pressure on myself to win.  I was mainly there for the experience.

It pains me to watch it but here is the footage of my match (warning: boring :P).  I think the match was 8.5 minutes long.  I lost in overtime when my opponent mounted me and I couldn’t escape within three seconds.  It pains me not because I lost but because of the obvious mistakes I can see in hindsight.

Competing was a fun experience that I’d like to repeat.  For now, it’s back to the mat to drill drill drill.  Thanks to my teammates & coach, gf & my dad for their support :)

Photos from my Recent Visa Run to KL 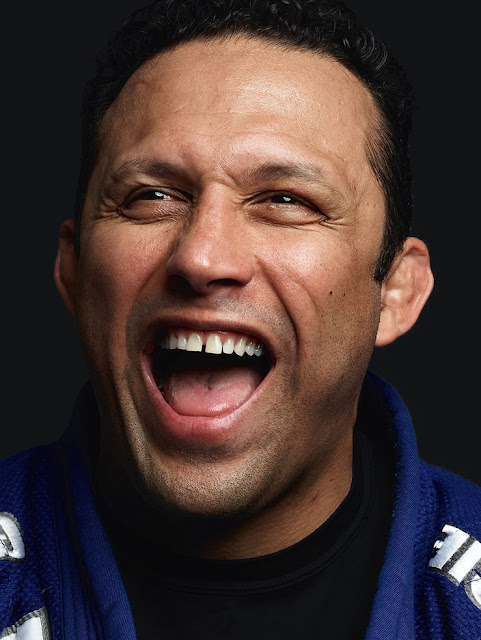